Next week it will be a year since we headed down to Marbella, just before everything kicked off and I started my 100-day stretch of daily blog writing. I know that at that time, even once the reality of our tough Spanish lockdown hit us, we really only thought it would go on for a few weeks; I don’t think anyone, even the many scientists and other experts that we all listen to would have dreamed that one year later the world would still be ruled by and obsessed with Covid….but here we are.

Down here in Marbella, we toddle along, living a very ‘normal life’, but despite that we still spend an unhealthy amount of time monitoring both regular and social media – although not to the extent of last year. Jan tends to troll about on Facebook putting the world to rights, but that is because he is mostly concerned with what is happening in the Czech Republic (he has kind of given up on the Alicante ladies, who really only talk about the vaccine nowadays (at least those that are still here, the impact of Brexit having forced a lot of them back to the UK), plus he is single-handedly trying to support the airline industry by responding to the many mad comments on FB about people flying and spreading the virus when, from our own experience, we would say that flying is probably one of the safest things you can do right now – if you disregard the possibility of dying from boredom on arrival at one of the UK airports where, the other day, people had to wait 7 hours to go through passport control??!!!!), whereas I tend to go ranting on Twitter, where the British contingent, especially the anti-Brexit and anti-government lot that I follow, are more active.

The UK, as everyone knows, has been been putting its whole focus on vaccinating anything and anyone that moves, and is proudly publicising the number of people that have received their first and second doses of the vaccine in the corner of every news programme’s screen – don’t get me wrong, the vaccine roll-out (by the NHS I might add) has been incredible, and clearly it is working amazingly well, judging by the drop in cases on a daily basis, but the idea that that is due to anything that the quockerwodgers (sorry, I do like this word but I think I need to abbreviate it to ‘quockers’ from now on) have done is whipping up a lot of fury amongst my Twitter friends.

Incredibly there are now a lot of people saying that BJ ‘has done a great job in difficult circumstances’ but let’s not forget about the huge number of people that have died and are still dying, that various of the quockers have been taken to court in the last few weeks on corruption charges (and lost), and that Brexit is slowly but surely destroying British business; in fact, on this morning’s Twitter troll I read an article that said that one in 20 households in the north of the UK are now destitute, and 4 million children are at risk of starvation!! In the UK?!! How is that even possible?

Meantime in Spain, where the vaccine has been slow to arrive but is now gradually being rolled out, the numbers of cases and daily deaths are now so low that nearly every region is more or less back to normal (except, of course, for the compulsory mask wearing and social distancing….). Despite that, it seems that Spain is still deemed to be a ‘high risk country’ by the rest of the world, which, is really only based on the total number of deaths that the country has seen (most of which were, of course, this time last year) and the very bad PR that the Spanish government has clearly been doing (do I see an opportunity? Yes I do!). In fact, last week there was talk of the UK adding Spain to its list of ‘high-risk’ countries; ie that travellers arriving from Spain would have to go into the ten days of ‘prison arrest’ (i.e. a stay in a hideous airport hotel, where they cannot go outside their tiny box room, will have three meals a day deposited outside their door, and pay something like Euro 2,000 for the pleasure!) that the UK has brought in for some other far flung places (quite absurd, and you have to think that it is, as usual, a political thing rather than anything to do with people’s health).

Incidentally, whilst everyone here is keen to get their hands on a vaccine (well, not literally, more to get the vaccine into their arms), and there is a lot of negativity in the Spanish media about the slowness of the roll-out, you do have to wonder whether, if the case numbers in Spain are falling so quickly with only a small amount of vaccines having been given (relative to the UK, anyway), the vaccines are even necessary…. since the social distancing and mask wearing that Spain seems to favour over and above everything else, seems to work just as well…… Ooof. That should get a few people going…..

And then there is the Czech Republic, which has very easily knocked the UK off the top of the league of the most hopeless quockers and managers of the crisis in Europe, if not the world, and now, when most countries are getting back to some sort of normality, it has gone into three weeks of ‘tough lockdown’, the numbers are still rising and the Prime Minister stated today that ‘he doesn’t know what they will do after this lockdown is over’. We all have our own ideas as to why it has become so bad, but the article that I was sent by a good friend in Prague the other day, pretty much explains it – here for anyone that would like to read it.

And if you don’t want to read it, here is my own brief summary – no-one in authority has a bloody clue what to do and no-one not in authority believes them anyway.

Over here in Marbella, we have been quite busy with work (Jan), some writing (me), lots of cleaning and ‘sorting’ (ME!) and lots of watching of tennis; mixed feelings from me about Nole (our near neighbour, in case I didn’t mention it before :)) winning again in Australia, since I do feel that it would be good for the game to have some new winners (and I gaily told a friend of mine a couple of weeks ago that ‘I am sure that the Russians will win everything this year’ – hahaha.. what do I know!). Jan was, of course, ecstatic, and has barely shut up about it since. I have also been playing quite a lot myself, but having managed my knee quite well (by my impatient standards) I managed to pull a muscle in my back a couple of days ago, so am now back to hobbling. Honestly, I am getting very fed up with getting old!!!

On that subject, mind you, I must say I am happy that I am not younger and managing a business (as mentioned before, with a load of employees and no help from the Czech government I would, for sure, have gone bust by now). I spoke today to a musician friend of mine today who has gone from travelling the world and making a huge amount of money each day to staying at home and wondering when he will ever earn anything again. In fact, he is busy looking at ways that musicians can work together to make sure that the whole music business (whether classical, jazz, pop, whatever) doesn’t just collapse forever… his words ‘can you imagine that kids today may grow up never knowing what it is like to go to a concert or an opera, or to stand in a stadium and watch a rock band?’ are horrifying to contemplate. Of course, the quockers (in the UK in particular) will say that everything will be going ‘back to normal” once the vaccine roll-out has been finished… but that assumes that all of the musicians, orchestras and others involved in putting on such a show are still in business. Bloody Hell.

Thinking about that, and scrolling about on social media a couple of days ago, I found this link, which I thought was worth including here, since it shows just what those youngsters will miss if the rock world (apart from all the other musical worlds) collapses (OK, I am a sad old rock-hanger-on, but even if you don’t like the music, appreciate the setting and excitement!). And note, incidentally, that whilst the song was deemed to be a ‘glam-rock anthem’ at that time it was meant, in fact, to describe the coming of an apocolypse……:

Will we ever see such an event again? It is hard to imagine.

Sorry if I have gone on a bit but having struggled to write a blog for a while, I suddenly had an urge to splurge it all out! Who knows when that will happen again!! 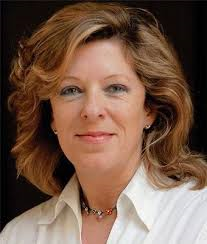